The 5 Keys To Leveraging Radio

Along with print and television, radio is one of the most popular forms of conventional advertising. It can also be one of the most effective if leveraged correctly. Did you know that 92% of Americans age 12 or older listen to the radio on a weekly basis? Furthermore, did you know that radio is regarded as one of the most trusted forms of media entertainment? A study conducted by Alan Burns & Associates and Triton Digital found that a little over 50% of participants surveyed viewed radio as somewhat of a friend. Being that friends are one of the most trusted sources for product/service recommendations, radio wields serious influence over consumer purchase intent, but only if leveraged effectively. As an agency with roots in traditional advertising, Tipping Point knows radio inside and out. We’ve helped many of our clients produce successful radio ad campaigns and we want to help you successfully advertise over the radio as well. That being said, how do you use this powerful medium effectively? There are five main factors you need to consider. Most markets will have a number of different radio stations for you to choose from. For instance, in Metro Detroit (the location of our home base,) some of the bigger stations include 88.7 (alternative,) 96.3 (top 40 hits,) 101.1 (rock,) 95.5 (contemporary hits,) etc. Every station caters to a different audience. In radio, audiences are typically broken down between male and female listeners by age. When considering which stations to advertise on it’s important to keep your target audience in mind. You want to pick stations you believe your target audience listens to rather than simply choosing the stations you like to listen to.

There are two costs you’ll incur with radio advertising. The first is airtime (the amount of time your commercial runs on air for.)  Airtime is typically broken down into 30, 60, or 120 second segments depending on the station. Keep in mind that radio is a medium that relies on repetition. You’ll need to spend a certain amount in ads before you begin to see any worthwhile results. You can expect to spend approximately $2,000 per week in a regional market and $3,000 with a larger metro station. Spending any less on your campaign is a complete waste of money. You won’t be able to generate any results without repetition. Typically, 19-25 commercials per week will deliver the necessary repetition needed to reap results. The other cost incurred is production expense. Some stations will include production as an incentive to advertise on their station. However, be sure to consider all your options before you commit to in-house production. Usually the production teams at the station are fine as long as the voice-over talent and the producer have a track record of proven success with small businesses. Most do, considering small companies are local stations’ most reliable clients. If you decide to get your spots produced by a 3rd party, be aware that prices vary significantly between metropolitan and regional areas and between production houses or ad agencies. The important thing to consider is the return on investment. It’s certainly worth a few thousand dollars to spend a bit more to produce a top-notch spot that elicits responses instead of opting for an in-house package deal that may not have the same level of quality or lead generation capabilities.

Once you produce your commercial you’ll need to decide when you want it to air. You have two basic scheduling options to choose from at this point.

One option is “run of stations,” or ROS. With ROS, stations will decide when your ad airs, as well as, the specific time of day that each ad will be played. ROS is typically less expensive, but it’s also less effective because the schedule isn’t optimized for times with the highest listenership.

The second option is target placed scheduling, or “flights.” This type of scheduling gives you the opportunity to decide when each commercial is played and for how many weeks during the month it airs. Skilled radio advertisers like ourselves can help you develop effective “Flights.” Scheduled posts are more expensive because the costs are based on inventory and the demand for particular times. For example, morning and evening drive times are far more expensive than midnight or early mornings.  If you can’t schedule your spots for the times you want, it may be best to look at a different station. It’s more beneficial to run an effective schedule on a station that has a smaller audience than it is to run a less than adequate schedule on a larger station.

Local stations will have survey figures similar to the ratings above to help you find the most popular listening times for your potential customers. The best way to target your customers is find the highest quarter-hour listening shares for your target demographic. Again, you’ll want to rely on your station sales rep or agency to tell you which times will suit you best.

The message is hands down the most important component of your ad. As a general rule, 65-85 words is the limit for a 30 second commercial. However, it’s also important to keep in mind that this number can vary depending on the number and length of sound effects you add in. Also, remember that your copy for a 60 second spot will generally only be 30-45 seconds as you’ll want at least 10-15 seconds at the end to include a call to action, phone number, or web address. Remember, radio is a background medium. People listen to the radio while focusing on something else. That distraction could be anything ranging from driving to cooking and everything in between. That being said, you won’t want to pack your ad with a lot of information because all of it won’t be retained. You should instead focus on a single theme or big idea that you want to get across. The golden rule is, “one focus, one ad.”

What you say in your ad is incredibly important. Your audience is bombarded with up to 5,000 advertising messages a day. Most advertisers are using some kind of push method (Me! Me! Buy MY stuff!) In order to stand out you’ll want to pull instead of push. In other words, you’ll want to pull listeners to you rather than push yourself onto them and you’ll want to do so in a manner that doesn’t make your ad sound like an ad. How do you do this? People are hardwired to love stories. Stories have captivated audiences for thousands of years. Most businesses make the mistake of making the story about them. Rather than make the hero of the story your business, you should focus on making the customer the hero. Take the benefits of your product or service and apply them as helpful aids for your hero. For instance, say you owned a moving company. The hero in your story could be a man who saved his wife’s favorite coffee table from being ruined in the move because he used your company instead of the other guys. Your potential customers can then understand the benefits you offer and they feel good about giving you their business. If you can, make your story emotional. We like to think of ourselves as rational, logical beings, when in reality many of our daily decisions are based on emotion. Appeal to your prospects emotions and they will be far more receptive to your message.

If you really want your commercials to stand out, you’ll need to consider voice-over talent and sound effects. Business owners are often very tempted to voice the commercials themselves. You could certainly do this, but it will drag the quality of your commercial down unless you have a good voice for the radio. Instead, you’ll want to find high quality voice-over talent. Again, keep in mind your target audience and choose someone with a voice that’s both believable and relatable. If you decide to use a well-known local announcer you’ll probably have to omit words like “us” and “we.” If you want the reader to sound like a representative for your company, you may need to source outside talent. Sound effects are yet another important consideration. Sound effects help to enhance your copy and create a mental picture for your audience. For example, the sound of dishes cluttering in the kitchen or a lawnmower in the backyard can really help to set the stage for the fictitious location your commercial takes place at. You could even decide to have your commercial recorded “live” in store, which creates the impression that your business is a vibrant, popular destination. Local stations have a number of different sound effects to choose from and they can aid you in selecting the effects that are right for your commercial.

You’ll also need to give some thought to the type of music you’ll add in. Music is optional but it certainly helps to enhance the mood and influence audience attitude towards your brand. If you decide to use music, make sure it fits your overall theme or mood. While music does attract your prospects’ attention you don’t want it distracting them from your message.

Radio’s ability to target an audience and offer repetition to a receptive listener base makes it an extremely effective advertising medium. In fact, some of the most effective campaigns in business history have been radio only ad campaigns. Just keep our 5 key factors in mind and you’ll be able to effectively leverage the power of radio advertising. Be aware of your target audience and craft your message around them. Be sure to measure the results of your campaign along the way. When you combine a targeted audience, with an effective message, and results to prove it, there’s nothing stopping you from realizing a very successful long-term radio campaign.

Did we already mention that we help businesses small and large produce incredibly successful radio advertising campaigns? Tipping Point is a full service marketing/advertising agency dedicated to helping increase the value of our clients’ brands. We have years of experience in radio advertising under our belts and we’d love the opportunity to create an effective series of radio communications for you. Contact us to learn more about what Tipping Point can do for you. 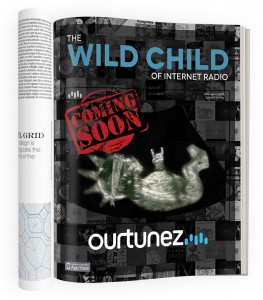 When Ourtunez was still in beta, we published a half page ad in music and culture magazines teasing at the full release of a new 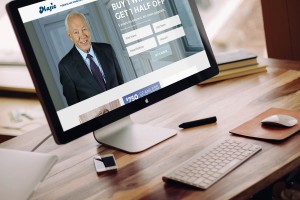